Danny Carey’s Kit, OMGOMGOMG! If you dont know who he is, he is the drummer for TOOL…enough said:: 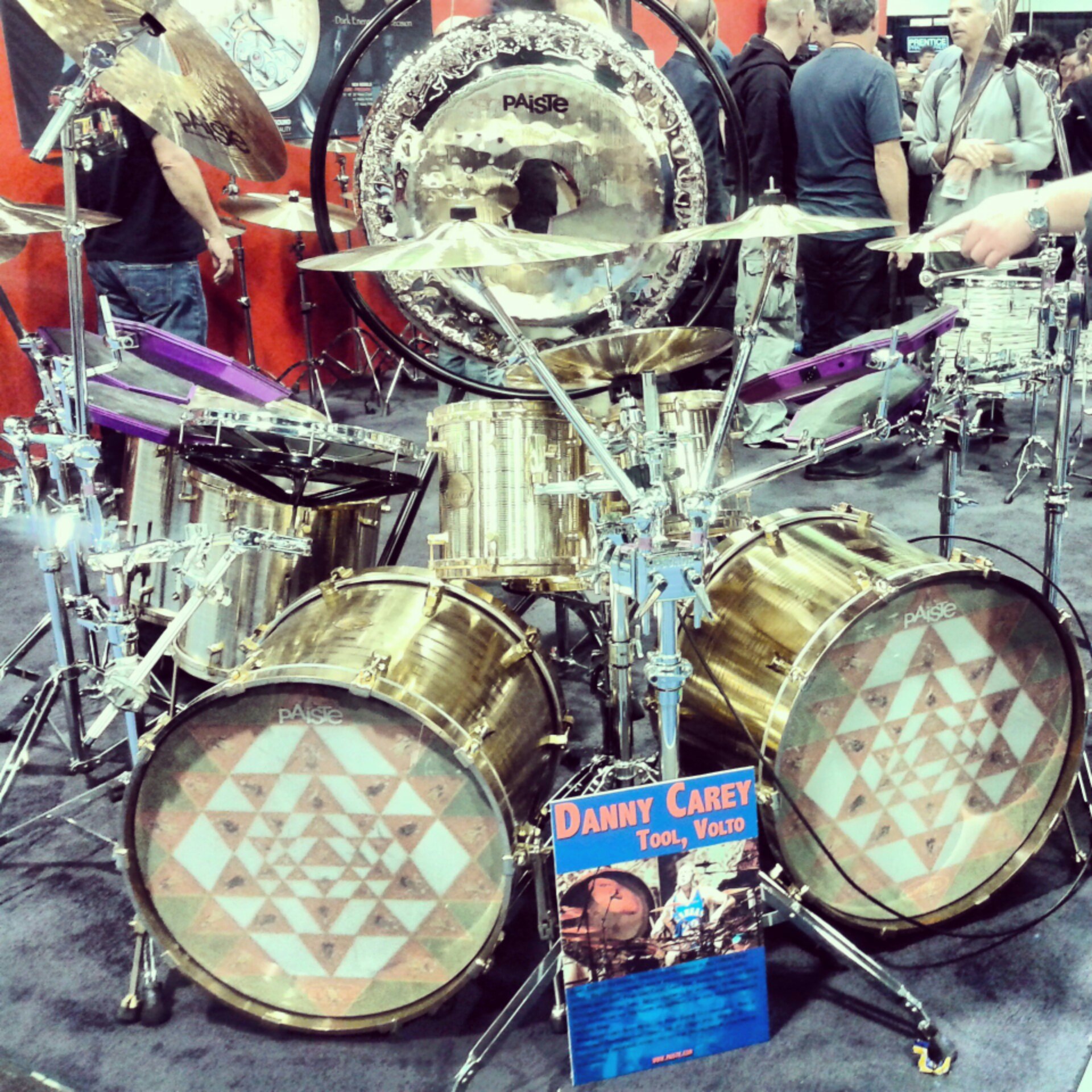 Its a little blurry but got a pic with Aaron Spears, this was right before I performed a solo in front of him, he’s super cool:: 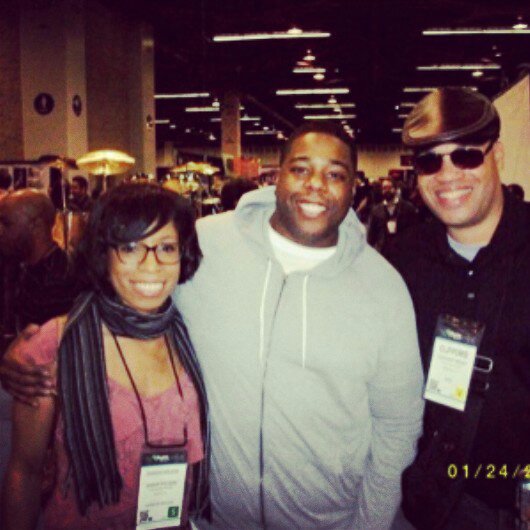 My last blurry pic I promise! This is me hanging out with Brent Hinds from Mastodon and film director Jimmy Hayward. We were at the Hilton After Party taking selfies, what a fun night:: 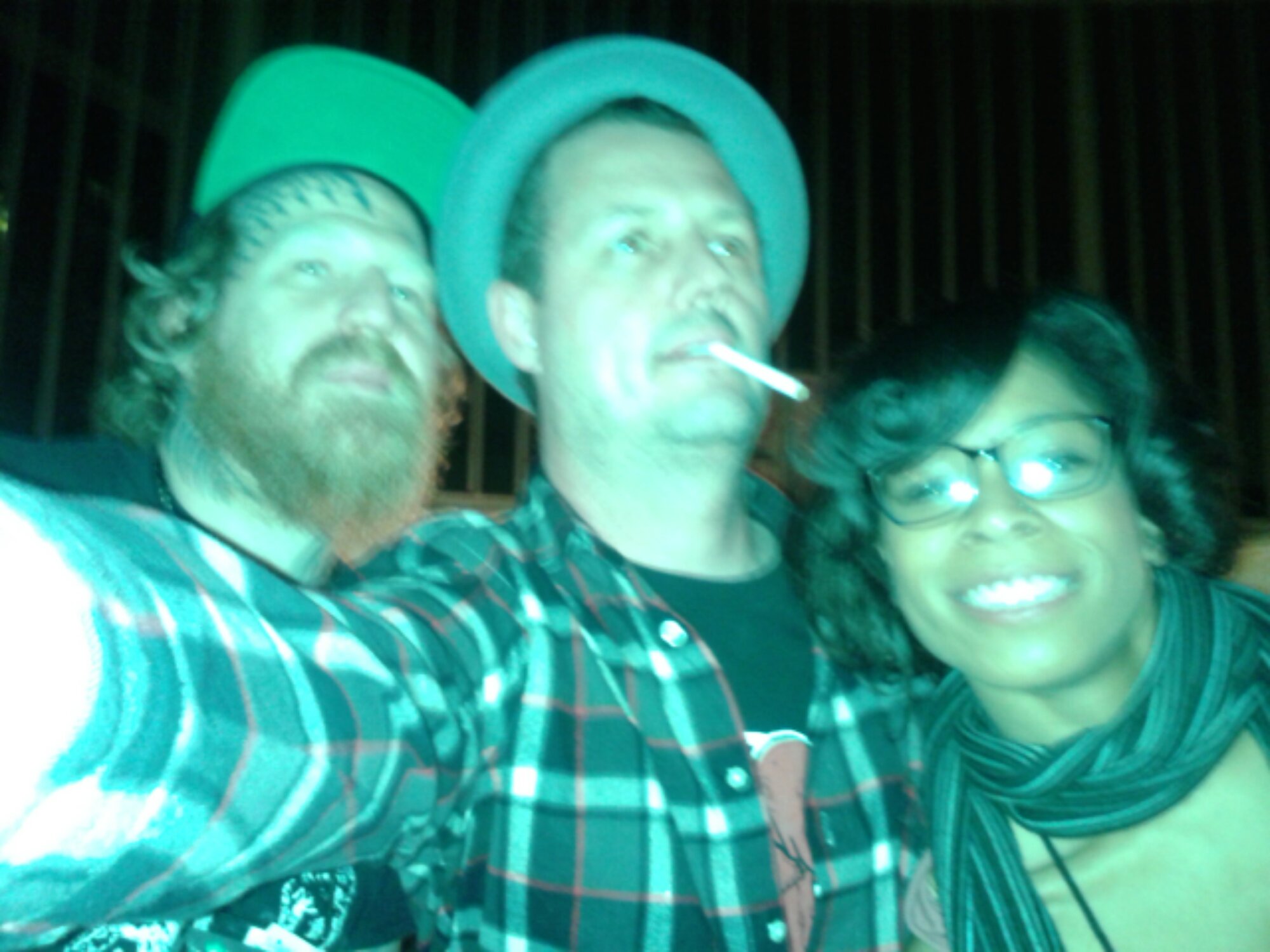 Danny Carey himself! I got an autograph from him and Daru Jones, they were both so awesome, cant wait to hang out with them again!:: 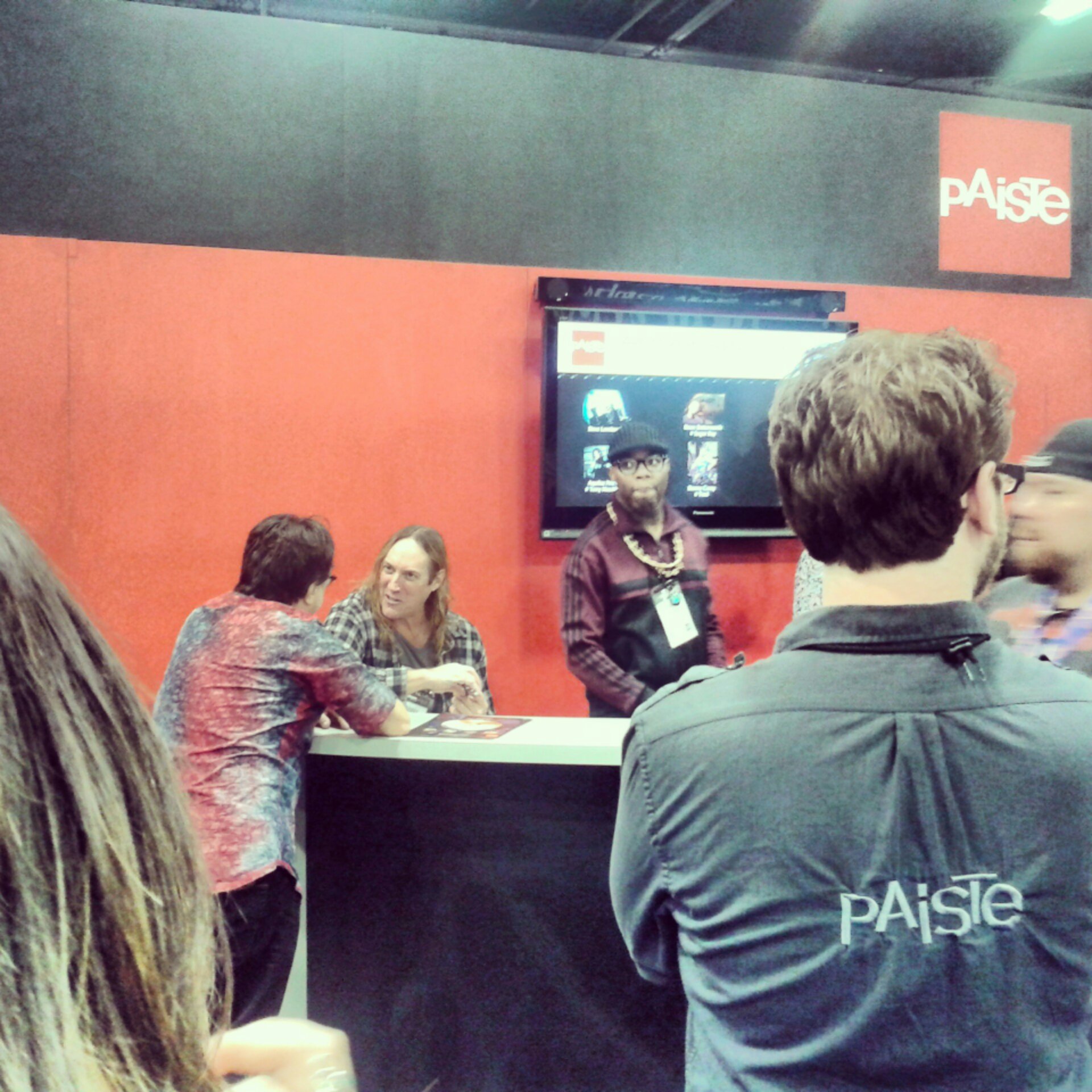 Another amazing drummer named Danny! This is Danny Walker from Intronaut, they are so sick and he is too:: 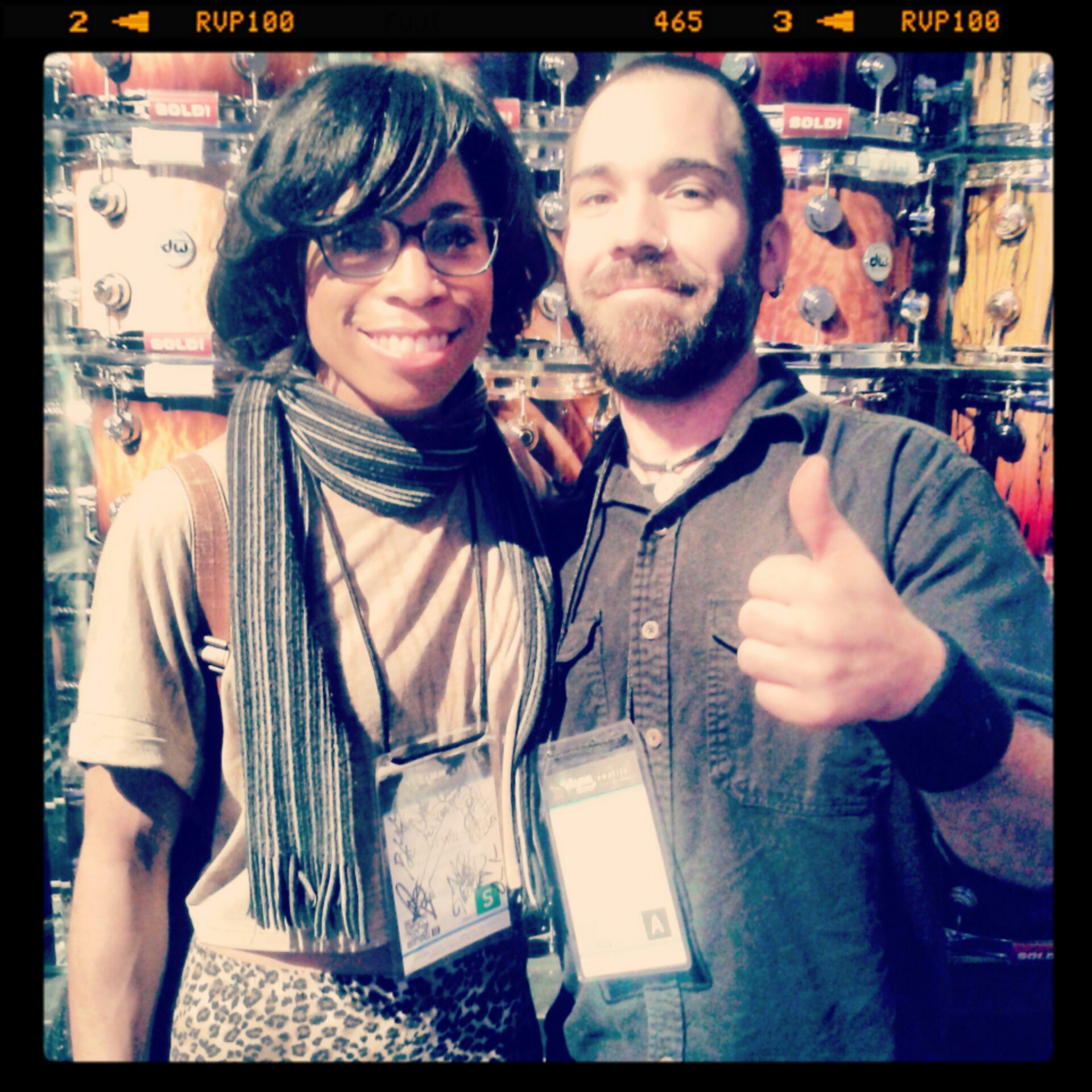 My first pic at NAMM was with none other than Juan Alderete, bassist for the Mars Volta. Man oh man they are a huge influence on me, was great to chat with him:: 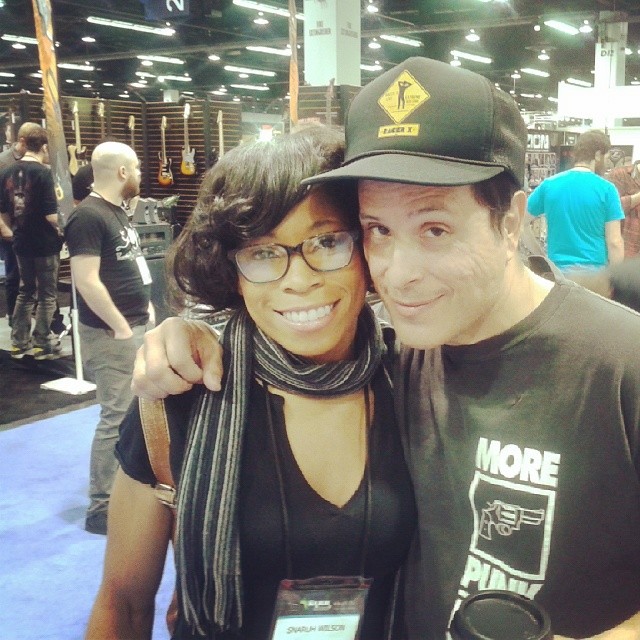 I had a blast playing this cymbal kit from Turkish Cymbals, they sound fantastic:: 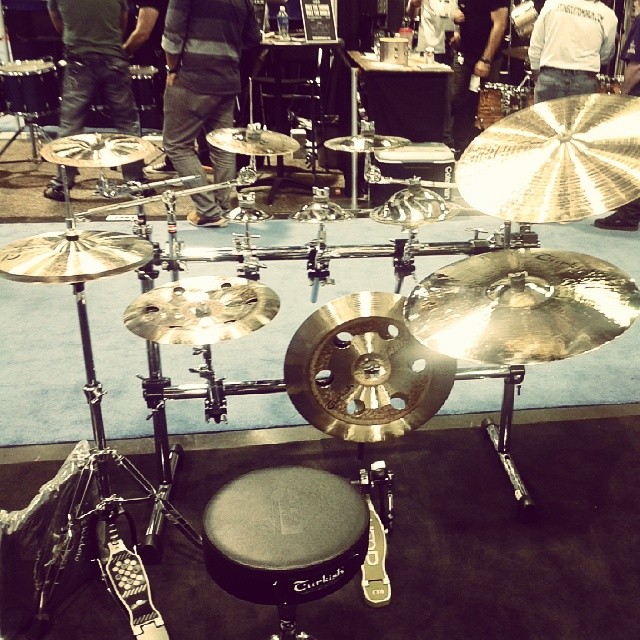 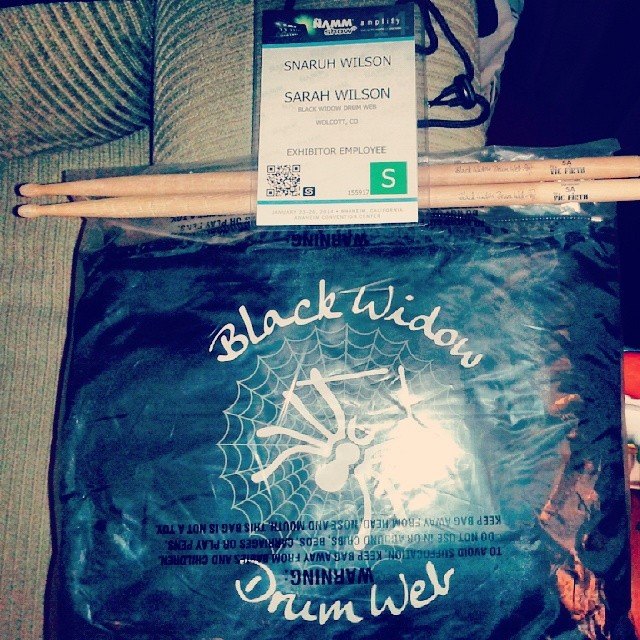